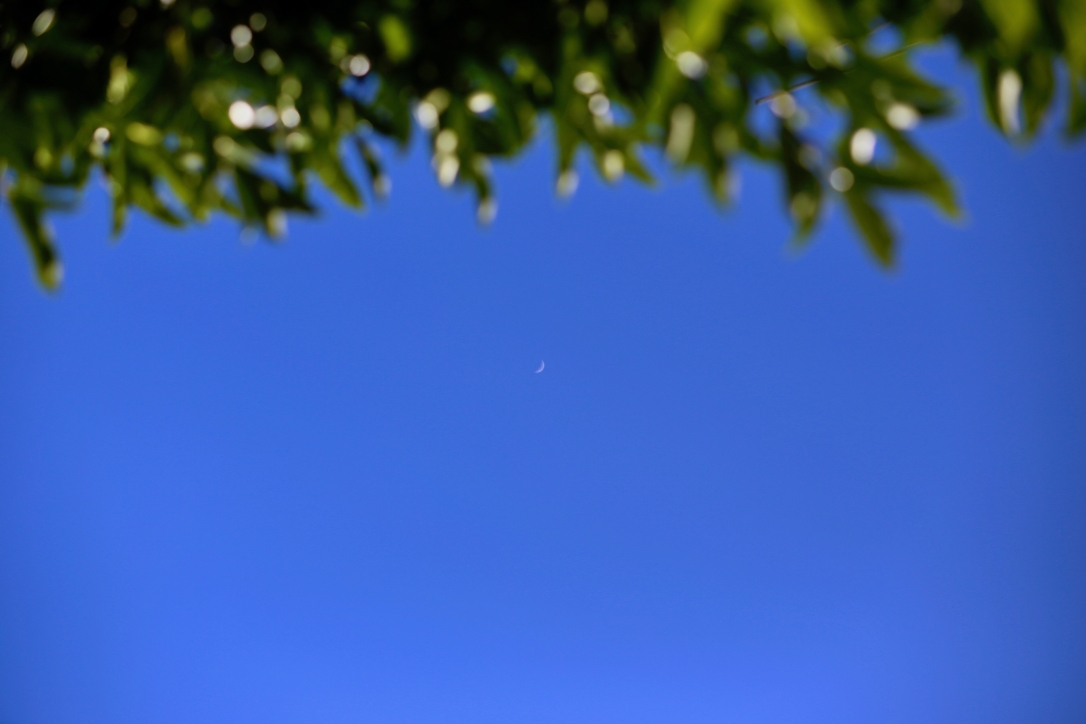 I got inspired by plenty of pictures and comments. I learned a lot of ideas from various participants. What a wonderful community! Than you everyone, thank you for everything and thank you The Daily Post.
I don’t intend to add anything different from my usual photos but have chosen old-fashioned one for the final contribution.

In response to the weekly photo challenge, All-Time Favorites by The Daily Post. 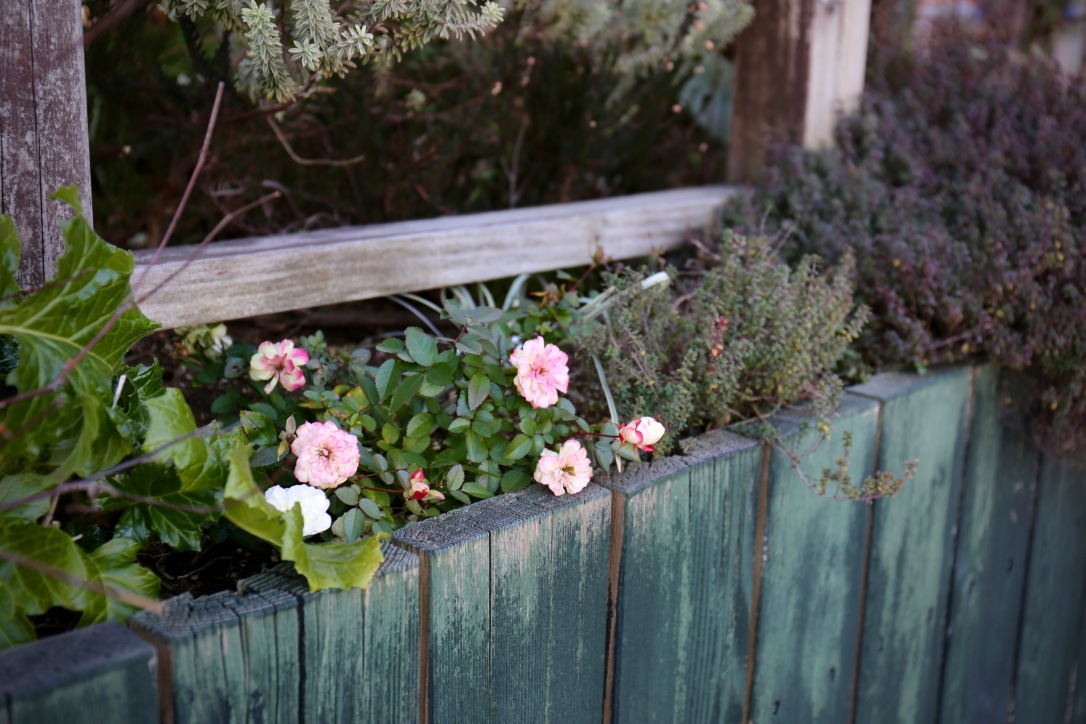 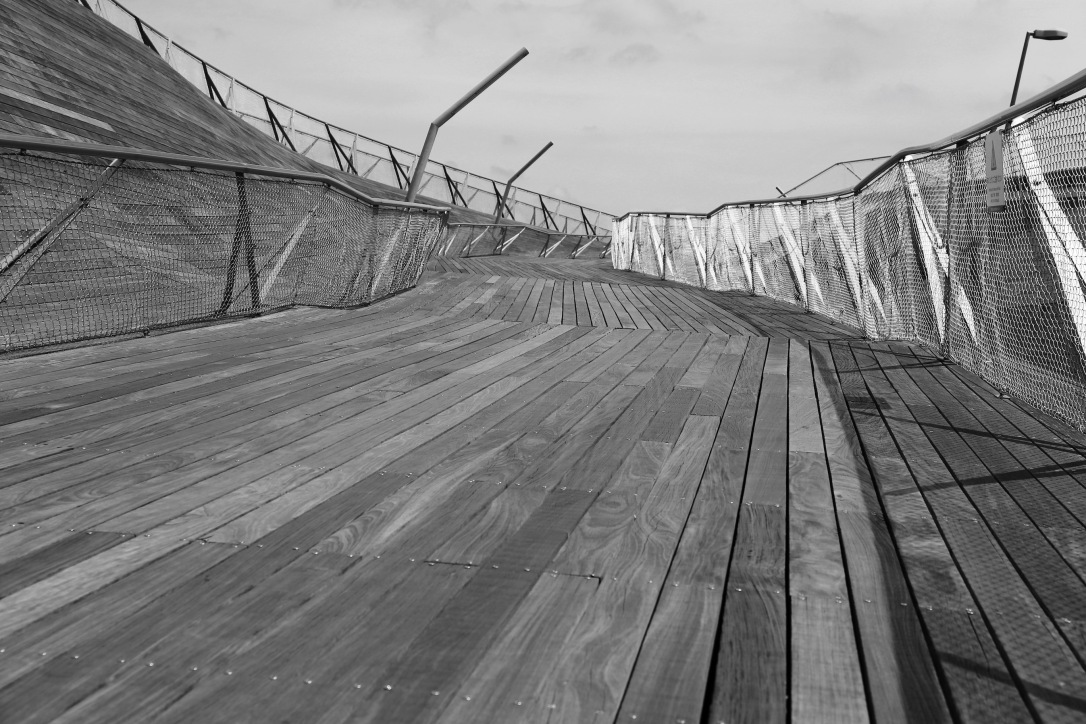 Time to time, I have picked up some pictures taken here so far. The place, designed by Alejandro Zaera-Polo and Farshid Moussavi, is now a main pier of Yokohama for cruise ships. The pier has beautiful shape like a back of whale and some aisles are looked being twisted.
Thank you for the very many inspirations. I’m so sad to hear the decision. It’s going to be the last challenge next week.

In response to the weekly photo challenge, Twisted by The Daily Post.

I studied physics when I was young and learned some physicists believed glass was a kind of liquid not because it’s transparent but it’s not crystal, that is, molecules are moving. Every physicist teaches snowflakes are kind of crystal and changing into liquid at the melting point. Therefore, you shouldn’t ask them the definition of liquid when you find them making some coffee with a flask. They may not be able to distinguish the sea from liquid or fluid as I didn’t. Though it’s much more normal compared with people who considers a doughnut is identical to a coffee cup, having one hole. Sometimes they store paperbacks into a toaster oven like I was doing.

In response to the weekly photo challenge, Liquid by The Daily Post.

まるでアルプスの春であるかのようなその花畑は、そのネガティブな側面をとかく指摘したくなる人に言わせれば、単に都会の隙間に忘れられた農地のかけらである。
The field of flowers as if it were so called Alpine meadow is, in someone’s pessimistic view, a fragment of a farmland forgotten in an urban city.

my second contribution to WPC:Place in the World. 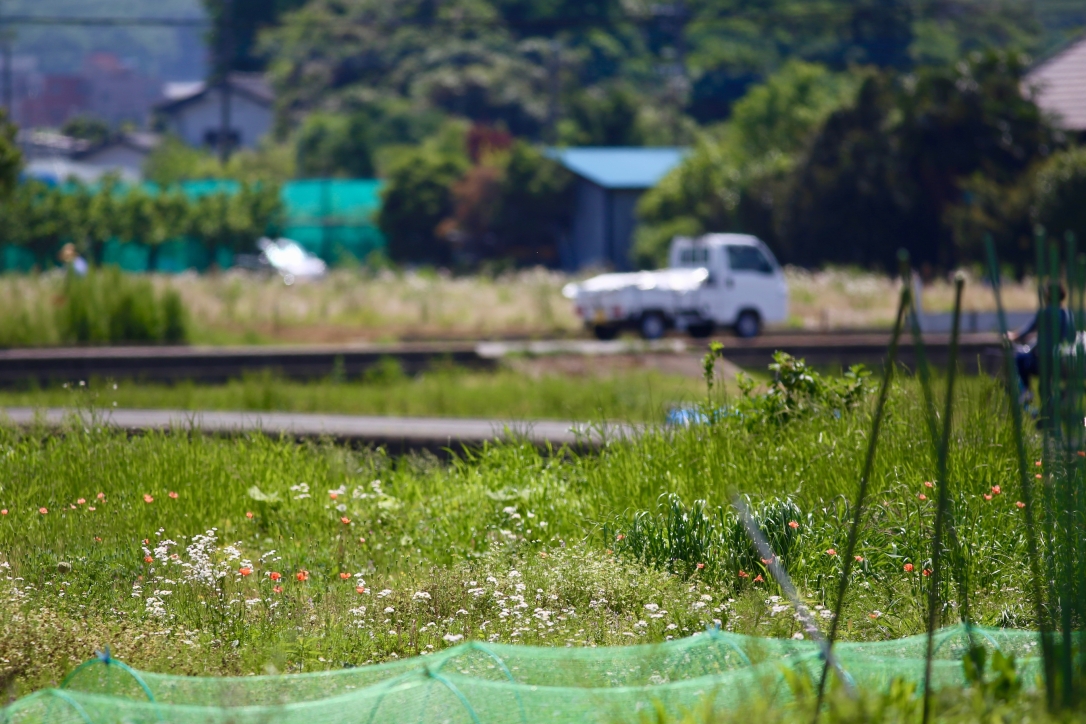 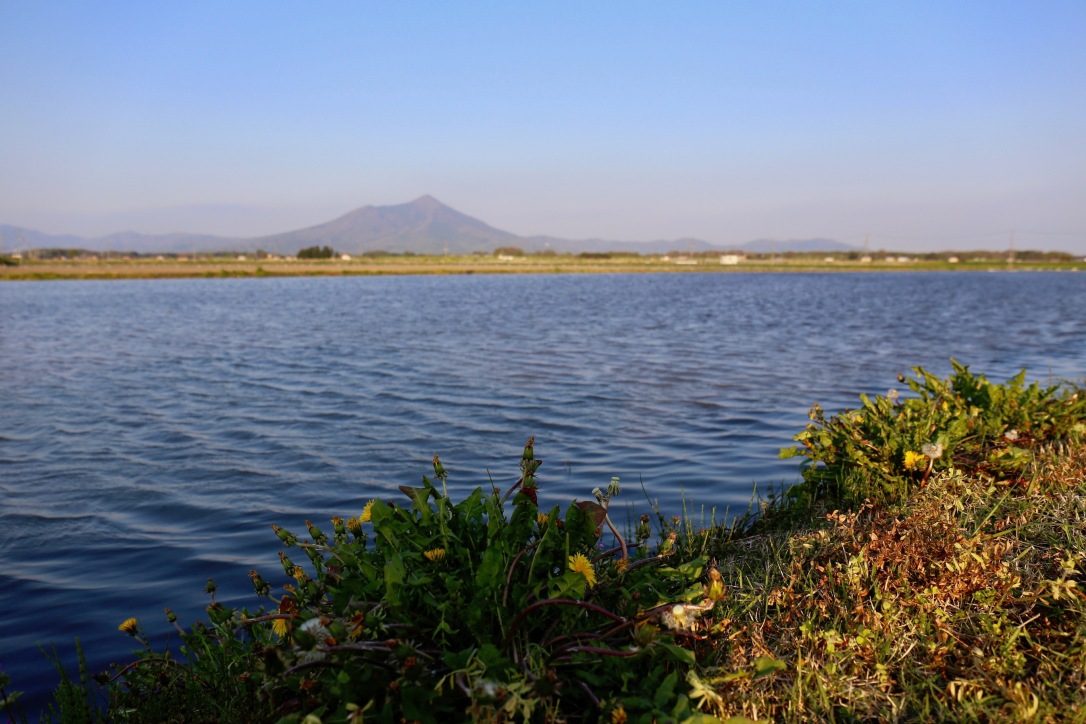 When I was a school boy learning how the world was working, paddy fields were my place of the world and then soon a wetland in southern France came to be a place of my yearning for after reading a novel setting in Camargue. It didn’t take so long time to decide to visit there to see the world. It still looked enough simple like a connect-the-dots communication but, spending a hot-blooded decade, suddenly I learned the world was so complicated and life was not so easy. My paddy field is now just a parking lot made with black asphalt and I’ve never been to Camargue.

In response to the weekly photo challenge, Place in the World by The Daily Post.

Nobody wants to live behind barbed wire. There might be exceptions but I believe those thoughts are sort of politician’s hallucinations. Though it is unlikely that all of the lines have divided our planet will disappear, at least, the trailing vine seems to be taking the place of the metallic wire.

In response to the weekly photo challenge, Unlikely by The Daily Post. 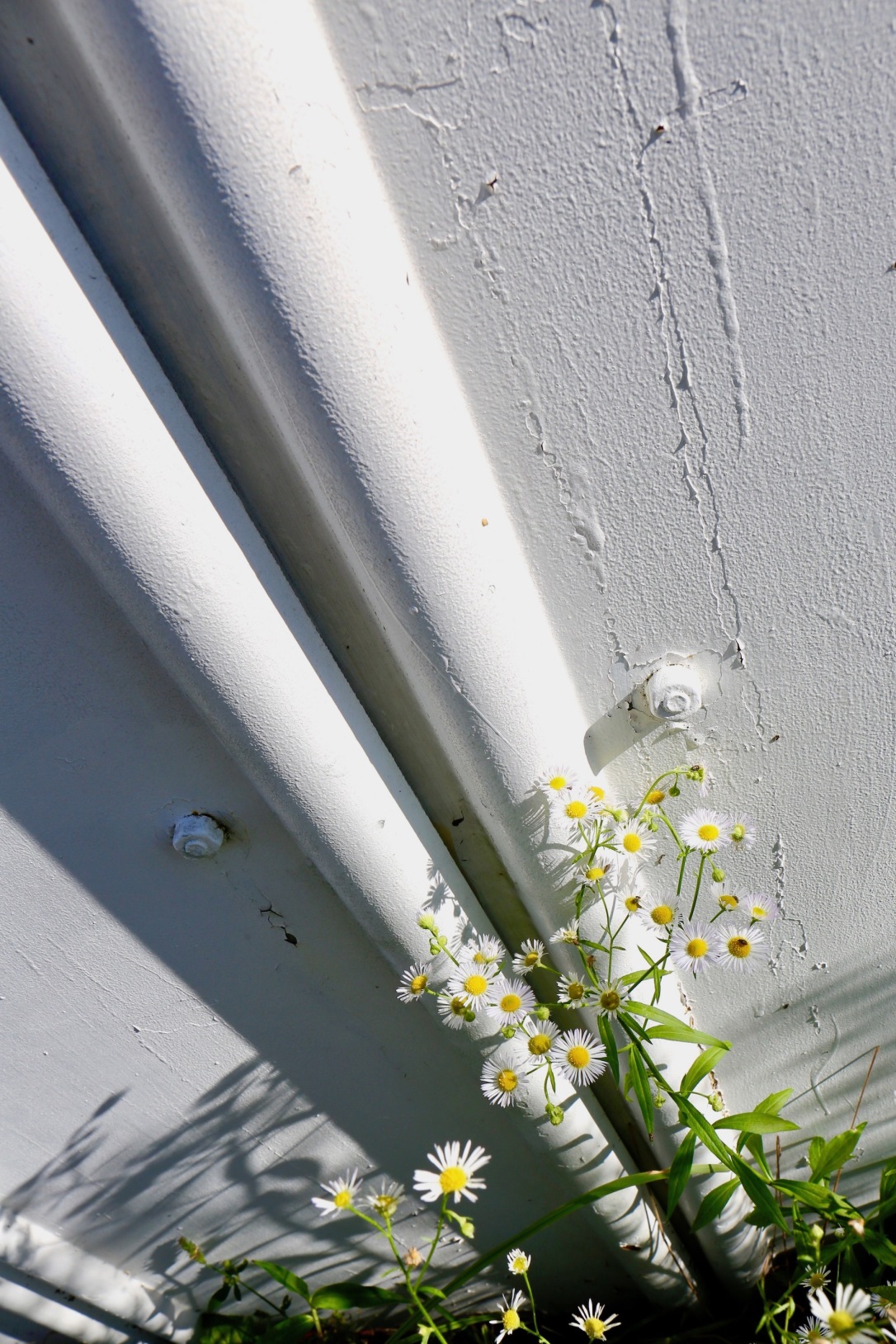 Probably it would have been just a messy and poor picture if I took it without aim nor idea because the object was a nameless wild grass flowering next to white walls for a construction area. However I found it. I felt interested in the white shapes, sharp lines and fluffy circles, then I decided to slant my camera to bold the line.

In response to the weekly photo challenge, Lines by The Daily Post. 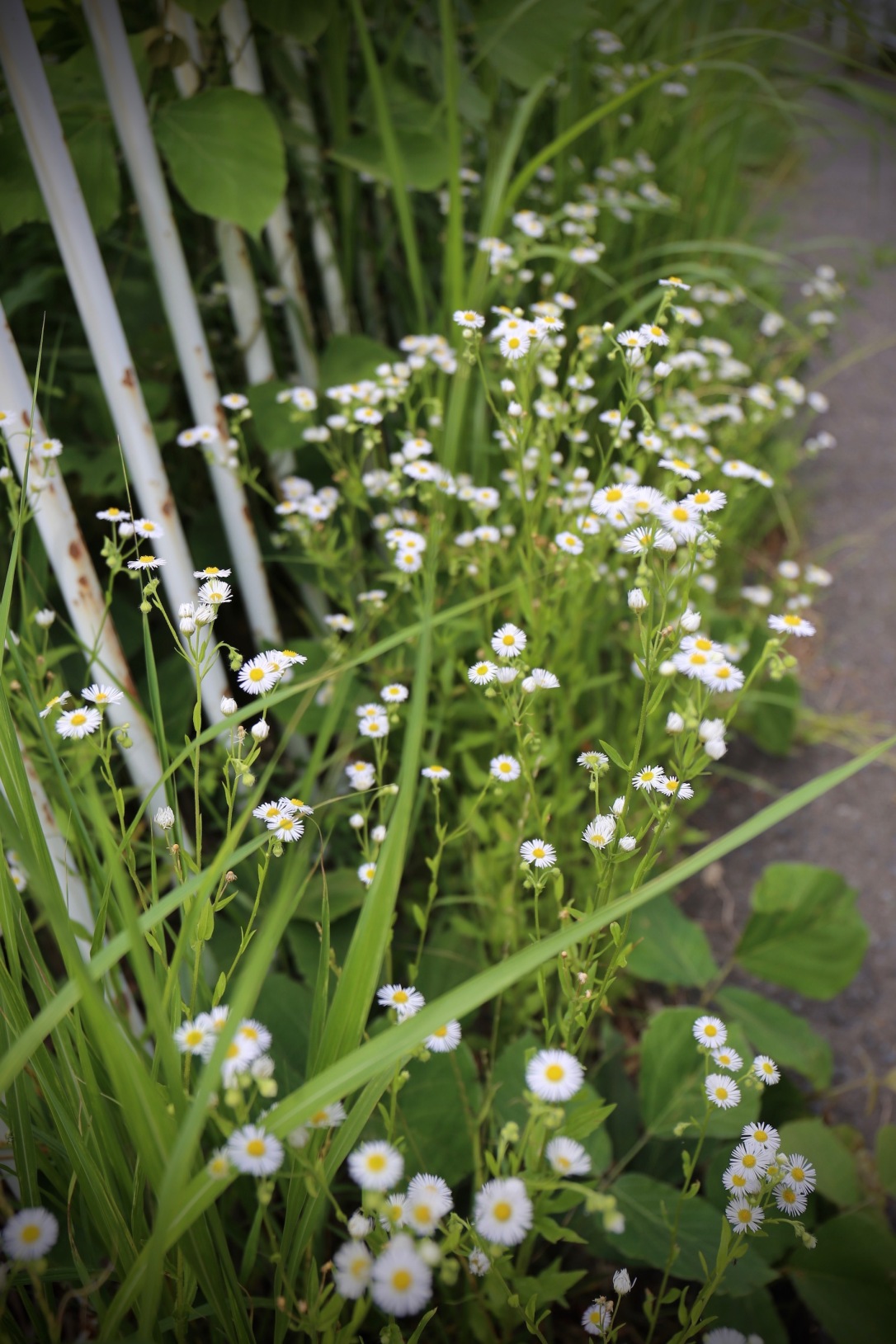